Edit
watch 02:56
Raise a Floppa - The Loop
Do you like this video?
Play Sound

donkey's main job is delivering corpses to the morgue. For more information, read about the morgue or the donkey.

corpses may be exhumed for the cost of one
exhumation permission.

Sometimes it makes sense to exhume a corpse, if you want to improve its stats or get rid of it to raise your 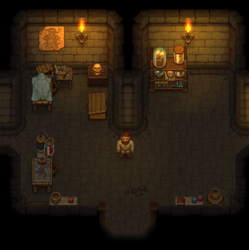 . By choosing which body parts to include, remove, or replace, it is possible to achieve full 12 corpse rating on a body or exceed it.

With the addition of the Game of Crone DLC, the maximum skull amount for a body increases to 16 and can be fully utilized by new gravestones. Music Master has made a good quality guide for the 16 corpse rating. With access to the Souls room and its new materials added by the Better Save Soul DLC, the maximum corpse rating can be increased to 26.

a corpse has subtracts 1

from your graveyard when it is buried.

Corpses arrive with 100% freshness and begin decaying immediately after delivery. For every 10% freshness lost, a 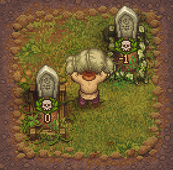 Corpses can be buried in the graveyard and decorated with a headstone and grave fence, affecting your

, the better, with 12 being optimal without DLC, but 26 being possible with Better Save Soul (incidently, also provides better graves for it too, which you will need for a 26 skull body).

You'll get a
burial certificate for each corpse you burn, which can be sold to Horadric. You are also rewarded with Salt and Ash.

Up to two wall crematoria may be built in the Souls room. These use 20 fuel instead of wood per use and return a Burial certificate, 2 Salt, and 3 Ash. 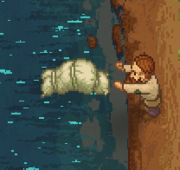 As you won't get a
burial certificate for corpse you resurrect, this way of disposal means a short term financial loss for you, but you gain a source of free labor. It's not clear if reviving corpses is a legal act by the measure of the inquisitor. But who cares? If you bury the Corpse then unbury it you can get a certificate.