The river runs through the whole map, in the western part, from the north east of the quarry to the south near the town. It has some interresting features described in the following, starting from the north and ending in the south:

The river springs from the cliffs in the very north of the forest, which is divided by it. This area is not accessible from the beginning, until you remove at least one blockage at the cliff separating the apiary from the easter half of the forest north of your home. 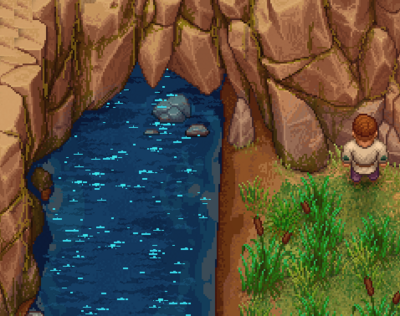 A bit further to the south, a small island can be found, still inside the forest and not accessible from the beginning. As it has a small footbridge to the east part of the forest and a ford to the west, it's possible to cross the river here.

Close by, there's a pier, where you can fish in the river. 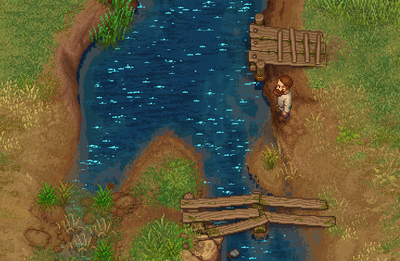 Further to the south, still inside the forest, you'll find
sand-deposits on both sides of the river. With a shovel, you can gather sand here.

From there, it's just a small step further south to get to the waterfall. Here, the landscape is separated by steep cliffs, which you can't cross. You first have to remove one of the blockages to the west (leading to the swamp) or to the east (leading to the apiary). 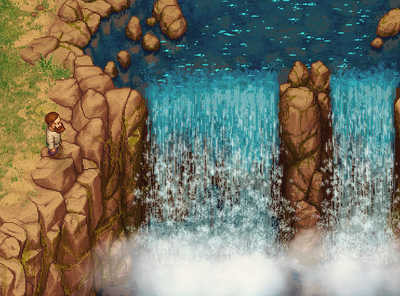 Another wee bit further to the south, you'll find the waterfall fishing pier. To get there, you have either to remove both blockages in the cliffs, or repair the stone bridge. 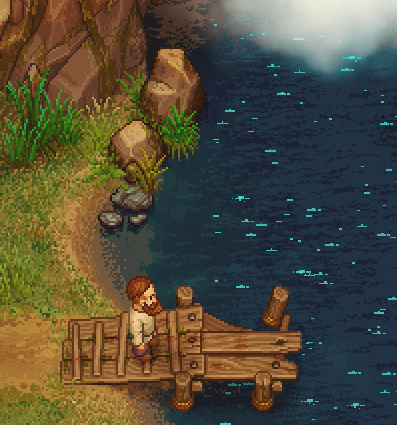 Further south you'll find more sand deposits on either side.

After a while, travelling south, you'll reach the broken stone bridge, where the road leading from the graveyard to the swamp crosses the river. It's the alternative to the footbridge in the north. 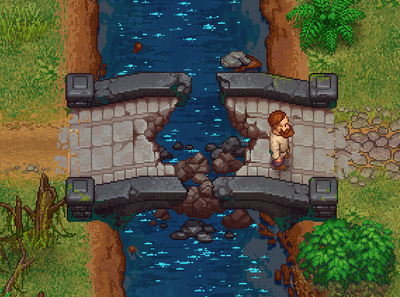 To be able to cross the river there, you first have to fix it. 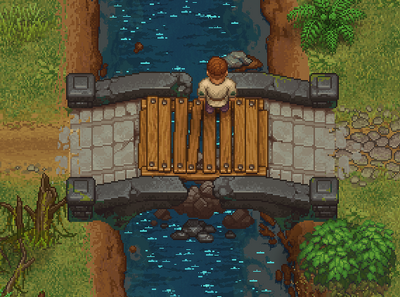 South of the stone bridge, the river leads into town. You cannot really see how, as your path is blocked by non-removable obstacles. You can throw

corpses into the water here, which drift towards the town. The episcop mentiones, that the river has dried out in the town, and that he wants to pray for the water to return. 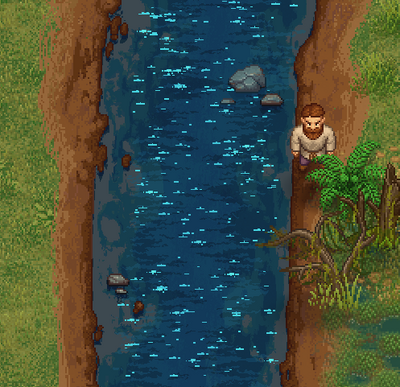